ECSS FC (Est. 2007) is an intramural football team that plays in the weekend league. Last year the football team massively improved on the previous year placing mid table in their division, as well as the development of a second team. There are currently socials every couple weeks, which involve themed nights and games, before we head out to a club that is decided that week. Also a yearly tour which involves less football but more time with the team, involving alcohol if inclined.

For more information regarding training, socials and tour, feel free to view our Facebook page and join the group.

For the 2019/20 season we aim to continue the successful campaigns of our first team, and continue to improve our second team to follow in their footsteps and continue developing as a side, with the aid of new recruits.

Under our new social secs we also aim to expand the social aspect of ECS with more enthralling socials, involving us with other societies and former members of the team (The Old Boys). These events involve alcohol but it is not enforced if you do not wish to drink. 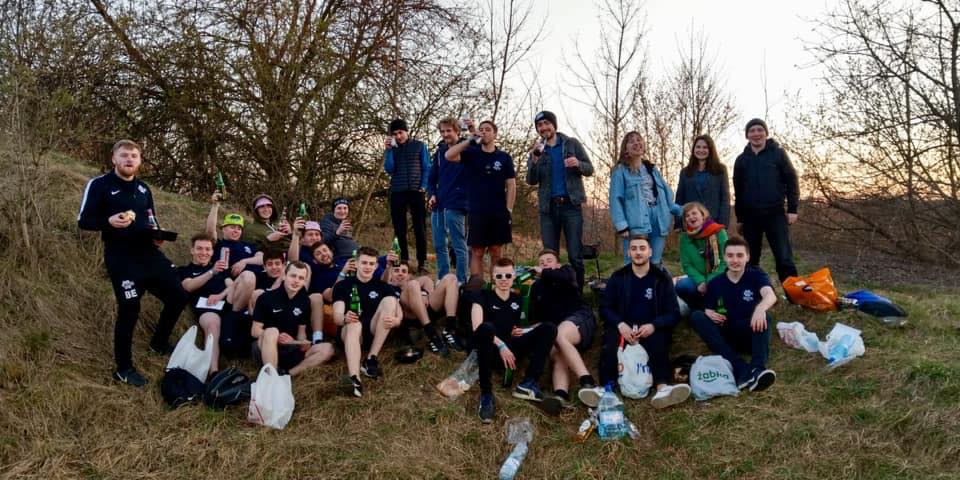 Every year we go on tour, which features little to no football. Last year we went to Krakow, where we enjoyed 4 days and nights of sightseeing, exploring their nightlife and even managed a friendly match against their Maths and Computer Science society.